The business of religion

STLCorp > Blog > The business of religion

The business of religion..

For the last 40 years or so I have flirted with religion and religious beliefs. I have believed and dis-believed, depending on the guru of the moment. I have had my astrological chart read, translated, deciphered to the nth degree, several times over.

I have always viewed my life in compartments, as of now, I am in my “Goa Compartment”, I know for certain this compartment will de-link sooner or later.

My religious & spiritual beliefs have wavered over the years, based on the “compartment” I found myself in, which I would dare say varied with the other person/s beliefs in the compartment at that time.

In the recent years, I have had the distinction and pleasure of a close association with a “Saraswati” Baba aligned to the Juna Akhada, from Haridwar, Varanasi & Ujjain.

Baba would give me, “gyan” or wisdom, acquired over his 80 odd years on this planet. I would regale Baba with my stories from my travels across several continents, of fame and fortune, of business won and lost, of endearing love won and lost.

Baba advised me to go to Gaya, Bihar, to the ancient Vishnu temple to do, “Pind Daan” & “Pitrapaksh Tarpan” a puja offered to the dead.

The Vishnu temple at Gaya, I was told is the HQ of Pind Daan, performed specifically for people in your immediate family who have met with an “accidental death” As per hinduism, a person who has as accidental death, does not get “mukti” their soul continues to hover in strife. It is to alleviate the soul from strife that Pind daan is performed. Once the soul is “rested” or appeased it can take re-birth. Till Pind daan is done the departed soul cannot take re-birth.

No matter where you are in the World, if your forefathers or ancestors have had an accidental death, a journey to Gaya to perform Pind daan is a must. This is what I was told. To achieve this you have to grapple with the Pandas and their business of religion.

On one of my visits to Ranchi, I set off to Gaya. Baba told me that when I arrive I must tell the Pandas – priests that I was visiting from Ranchi, and to keep my mouth firmly shut thereafter.

I had barely got out of the car, when about 3-4 pandas surrounded me and started asking questions. Where are you from? ‘Ranchi’, I said. ‘Where are you actually from …Punjab?’ ‘Which part of Punjab?’ ‘Why do you want to know’, I asked ?

Now the Pandas want to know this because depending upon where you come from in India, that particular Panda will attend to you, whether you like it or not. The pandas were like leeches, getting rid of them was quite a challenge. Between them they have carved out the whole of India and all the states, and fiercely guard their territory and income..

Religion to the pandas is a business, & most certainly is treated as such. During my visit I was taken to the banks of the sacred, and mythical “Phalgu” river, “older than the Ganges”, I was told.

All I could see was sand, it was more like being in Rajasthan. There is a river underneath I was informed. Dig just 10 feet & you will find water, I wondered to myself why these clots had not dug 10 feet for water, cause everything was dusty and dry as far as I could see. No here there is water I was told & led to a hole in the ground where I was shown dirty filthy water some 20 feet into the ground.

Touch your toes with the sacred Phalgu water & and your sins will be washed, and you will be blessed I was told. Typhoid, cholera and a few other horrible things crossed my mind. No I did not dip my toes !

Pind Daan at Gaya could cost you anywhere from a few thousand Rupees to few lacs, depending on the time of year you go to Gaya and which Panda you encounter! Not only the Pandas from all religious places of worship in India, everyone everywhere seems to be jumping into the business of religion.

Baba`s, religious & spiritual gurus have proliferated hugely, and exponentially over the recent years. All vying for people’s mental TRP , jostling each other for space. Switch on the TV at 5 AM any morning, and you will find about 20 baba channels, selling their wares! Spiritualism seems to have mushroomed into a family business, passed on to anointed family members, as if it were a family business.

I can understand a person being blessed with spiritual light, but what about their wives and children, nephew and nieces, do they all get blessed together, I just don’t get it. It’s like a personal family fiefdom, being passed down the ages…

It must be the enduring and tolerant hindu faith which allows us to swallow whatever is thrown at us. All spiritualists across the board per se chase the rich and influential, as someone pointed out to me, cause they extend their spiritual reach by “affinity”. To be the part, you gotta play the part. Each baba in their own way are dramatists par excellence.

What, “babaism” does do is to make money, and trailer truck loads of it. It’s a money printing press, refined to perfection over the decades. The baba – religious business at an conservative guesstimate in India combined, across all faiths is worth at a minimum at least one Trillion Dollars, more than the GDP of several countries put together, & yes sir…TAX FREE..

Can you imagine if this $ One Trillion, was tapped, India could buy more armaments, boom, boom, boom, we could make in India and make in several countries overseas, courtesy the baba largesse ! India could buy out some of the largest armament factories worldwide outright, and play ala George W Bush & Tony Blair war games, standing, “shoulder to shoulder”.

Or we could provide portable water to India, for now and infinity.

Indian Religious largesse is not confined to India alone, no sir, it extends to almost all countries. I guess if the Christians could come to India to convert, why can`t the Indian religious spiritualists go outside India selling their wares in search of brotherhood and sisterhood.

This includes the gigantic bank of, “spiritual properties” accumulated by the baba`s largesse in India and several countries overseas. Huge humongous, palatial properties for the spiritual lord and master and their personal family fiefdom. The scale of these properties would put the likes of Mr Vijay Mallya and Mr Subrata Roy to pitiful shame, such is the largesse expended by the baba`s.

The religious business and the sex business are the oldest businesses, they ain`t going out of style in a hurry, the only difference being in India the religious and spiritual business is Tax Free !

So what`s the sense of this all, is it sense or belief, or is it pure faith, or is it a super combo of all that anointed tax free, to lead a, “higher moral life” ! As someone I know said; “The person with faith is in a better place than the one without; and therein lies the difference.”

The baba`s for sure thrive on the, “re-posed faith” of the masses, which in turn ropes in truck loads of Tax Free money, property, jewelry and largess per se. Faith = belief = money = property..

The baba business functions on the 50:50 principle.

Ask any question on the earth & your baba will answer it. Some will resort to meditation, and some to intense thought, and some to black magic. A baba can answer any question, knowing fully well that they have at the very minimum 50% chances of being correct.

That’s called the 50:50 principle, and since most queries revolve around largely three or four issues, the probability factor of being correct is as you guessed is at the very minimum 50%….Tax free ! Some baba`s don’t even answer any queries, they exhort you to search “within” for the answer. If I knew the answer, would I come to you I wonder !

Meditation is the vehicle which takes you closer to god, or to the realization of god; it provides you the inner strength and calm equanimity to fight adversity. Meditation snugly fits into the stoic hindu philosophy; which post years of “mediation” parries the downturn in life as & when they come.

So preparing for the worst, but robbing the steel and resolve of marching forward, & taking things head on, & cutting your own destiny.

In my close to twenty years that I lived in New Zealand, the singular aspect that struck me was the Kiwi, “can-do / do it yourself” attitude – Kiwiana they call it. The ability to spring forward in times of strife and adversity, as opposed to burying yourself in the sand and going to sleep, till the configuration of the stars became a bit more favorable.

So what if you do not believe either in god or religion ? Can one attain a spiritual bent of mind ? Can one meditate – god who ?

The operative word of the baba`s being, “karam”. What one does in this life will dictate and set the pattern for one`s next life. When India gained Independence in 1947, the population of India was about 350 Million. Re-incarnation or transmigration of the soul from one body to another in India seems to have taken a huge upswing for India`s population to shoot almost 4 times to 1.4 Billion in 69 years !

So how the heck did India & China`s population implode, it surely couldn’t be on account of reincarnation & soul transmigration, and if it did, that would mean in most other Countries, the concept of reincarnation or soul migration simply does not exist? Heck why in India?

Strangely no political party, no religious sect, no guru, sant, master, swami, or pandit ever flays the effects of the population explosion, and the negative effects its had on India. On matter where you go, what you do, there will be a long line of people ahead of you. I guess in India its reincarnation & soul migration personified big time from the plant life to the animal kingdom to human beings in double quick time, fore the population of India is forever increasing and gathering steam like a runaway train.

Reincarnation certainly finds great resonance in India. Is this a hindu belief; faith = belief ? Or is it simply that sexual harmony is the cheapest form of entertainment for the masses, & thereby the chief culprit, besmirching the very godly theory and belief of reincarnation and the consonance on being with God ?

Or is there a more simplistic explanation; reincarnation = sex sans birth control protection ?

It boggles the mind what Mr Shahrukh Khan might have done in his past life to be reincarnated a man in his current life, in personification of Ms Sadhona Bose, as studied, researched and stated by Mr Walter Semkiw.

All said and done Mr Shahrukh Khan is certainly living the life, in this life. From that perspective he is certainly doing something right !

Be that as it may, probable or the improbable, for the moment however, I am stuck with my grand aunt, Mr Shahrukh Khan.

Time for a drink me thinks !

2 thoughts on “The business of religion” 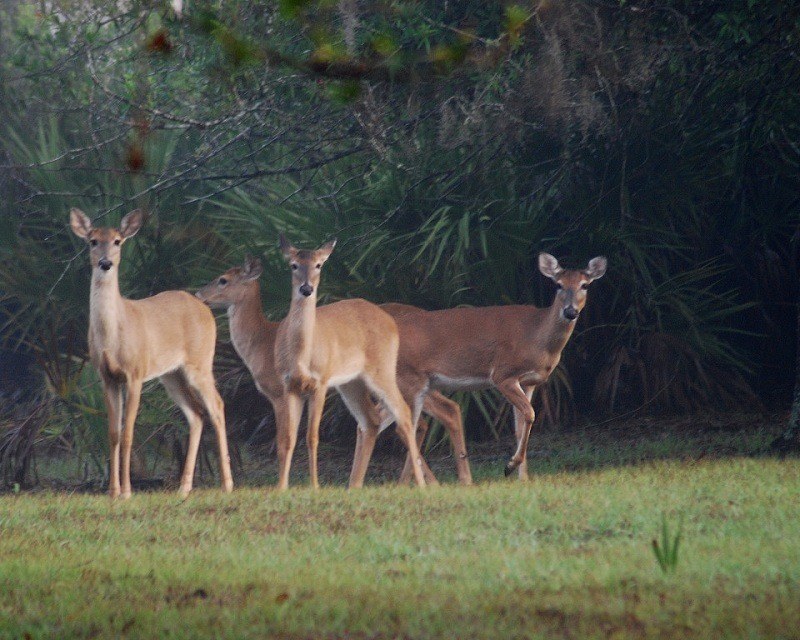 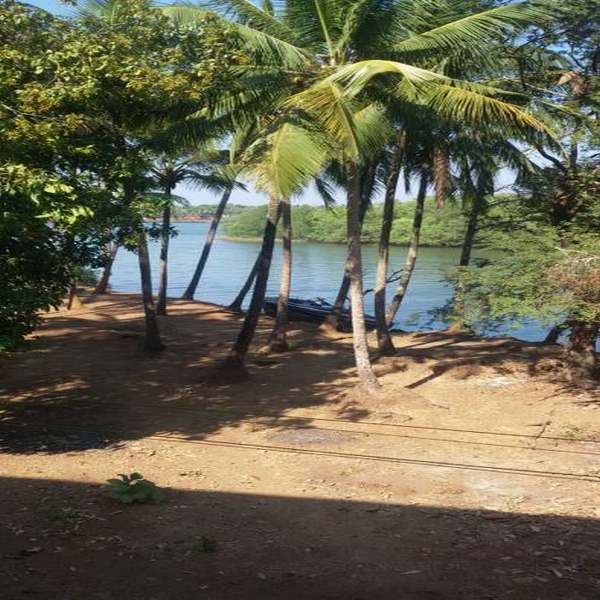